In January 2018, we introduced the Sercom Wireless Xtender. We have optimised the concept of wireless communication between a central climate computer and its substations, or with stand-alone fertiliser dosing systems in open fields.

In The Netherlands, we are market leader in the supply of climate control of storage rooms for flower bulbs. We are equally active within the horticulture. Each part of our systems (e.g. print boards, chips and other hardware) is manufactured in-house and we write all software ourselves. All of our systems supplied can be updated, without the need to replace any of the hardware. As an important supplier of highly advanced climate control systems, we are the first to apply radio technology to realise the possibility of long distance communication, in real-time.

The new two-way communication system makes it possible to communicate between the main computer and up to 16 sub-stations, over a distance of up to 5 kilometres. The system was formally introduced at the IPM exhibition 2018 in Essen, Germany. It offers many possibilities to manage several locations from a central office. It facilitates the option to expand production areas without the need of expensive and time-consuming wiring.

In the course of last year, we have been testing our new product extensively at various locations and applications and it is currently operational at several greenhouses. This innovation however, is expected to open new open doors to many more applications outside these fields. Meanwhile, we have been expanding our network of international partners to be able to service both our existing markets and the new ones.

The print can easily be connected to the operating PC or laptop in the office. The same print can be placed in the process computer on location. After this, a connection is automatically established between the two locations. Then it’s possible to monitor and operate the climate computer within a distance of 5 kilometres.

This technology, which is based on radio waves, just like the Wireless Xtender, is not limited to a connection between the process computer and the operating PC, but can be applied to any system or device that works with an RS485 cable connection as standard. 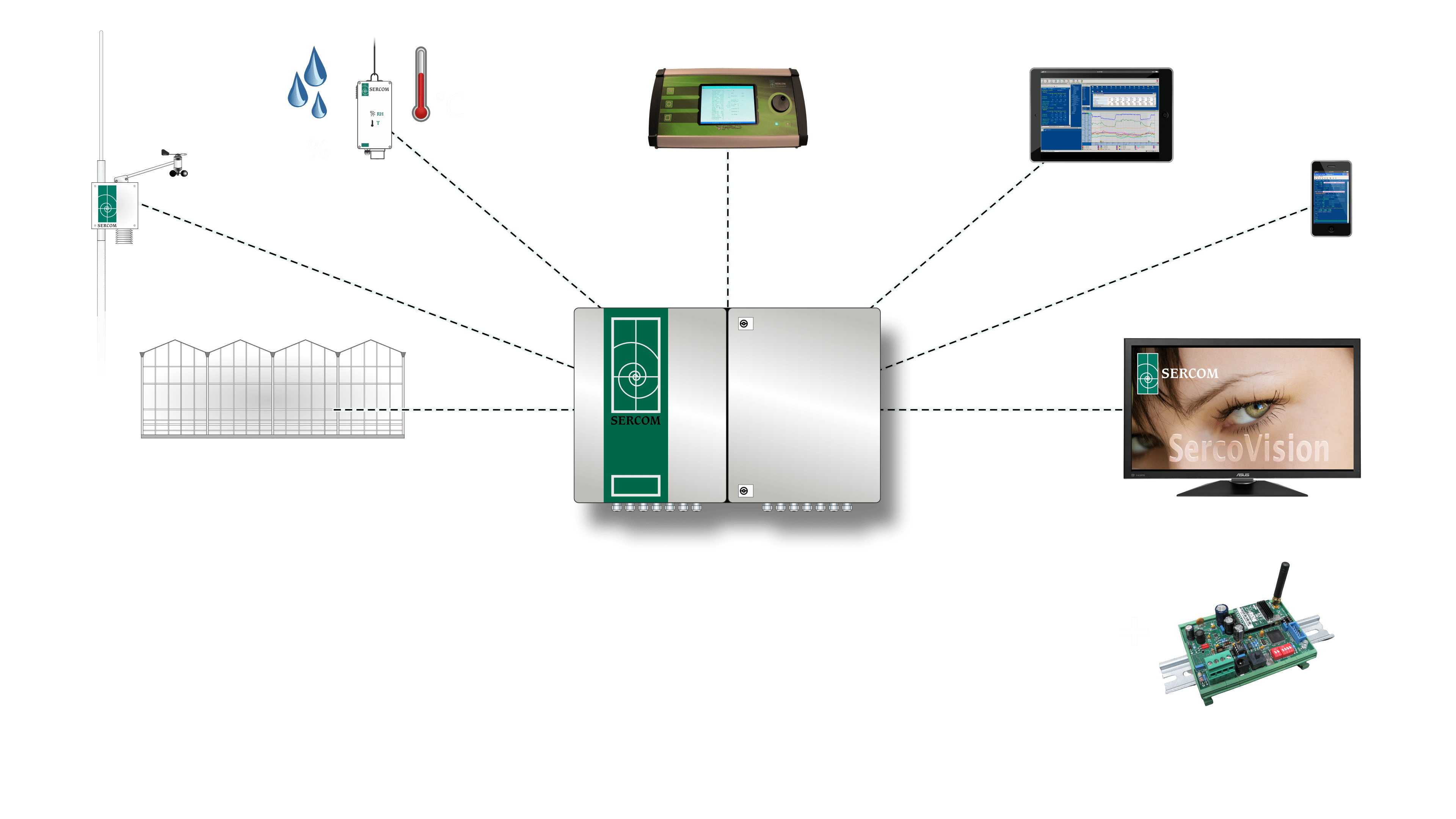