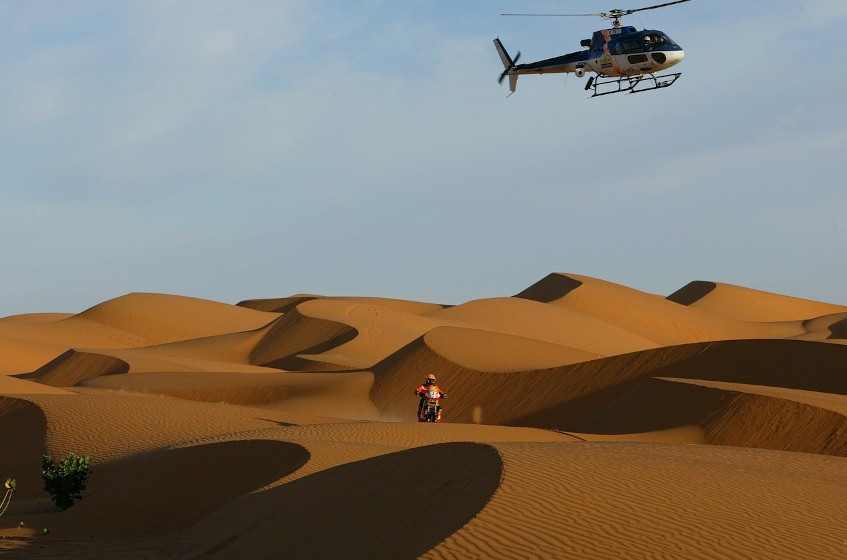 “I did ride through the greenhouse once,” Arjan Bos says. “But there weren’t any peppers then. It was during the crop change. I just wanted to give it a try.” As we speak, he pushes his dirt bike into the greenhouse. Time for a picture on the bike among the plants. Four months from now, the pepper grower from Bergschenhoek will be racing in the Dakar Rally.

Arjan Bos grows bell peppers at his Dutch companies Bergplant and AMB  in Bergschenhoek, but he is also the president of St. Davids Hydroponics in St. Catherines, Ontario.  He has been regularly riding his motorbike for 25 years now, and after various races at home and abroad, he was given a place in this ultimate tour.

The Dakar rally goes through deserts, water, mountains and mud in Paraguay, Bolivia and Argentina. After twelve days, only half of the 130 participants cross the finishing line. The rest drops out or fall apart. What makes someone participate in such an event? “It’s the kick. The feeling on the motorbike. It’s the best tour there is,” Bos thinks. His goal is to finish the rally.

At the end of December, Bos is flying to Paraguay. The rest of this year will be spent growing bell peppers, and a lot of training. Weight training, but also a lot of endurance training.

“On TV you only see a few minutes of the race, but you’re on the bike for 12 to 14 hours a day,” Bos says. “Just getting from the base camp to the route already takes several miles. That in itself is tough.” And it takes stamina to do that. Bos is also participating in several preparatory races. This summer, he was in Abu Dhabi to plough several miles through the desert.