Ter Laak about to start phalaenopsis cultivation in Guatemala

One of the largest Dutch orchid growers, Ter Laak Orchids, is almost ready to start the cultivation of its first phalaenopsis plants in their new 1ha greenhouse in Guatemala. “The greenhouse is currently being manufactured and in the second week of August, we expect to start growing the first plants”, says Richard Ter Laak, one of the owners of the company. Their aim is to supply the retailers in Guatemala and the surrounding countries with top quality finished plants, and growers in the US, Mexico, Central America and the north part off south America with top quality half finished plants.

At the end of 2011, Ter Laak started to consider going international and establishing a company abroad. “We appointed a student who mapped all the continents with the best opportunities to cultivate but especially sell phalaenopsis. Following the results, we decided to visit several countries and eventually we ended up in Guatemala. It has a favourable climate and we met valuable business contacts, who are now our partners, namely HFT Seedservices and Agro Orchids in Costa Rica. HFT is not only manufacturing the greenhouse with all the installations but will also manage the operation in Guatemala”, says Ter Laak.

Finished and half finished plant 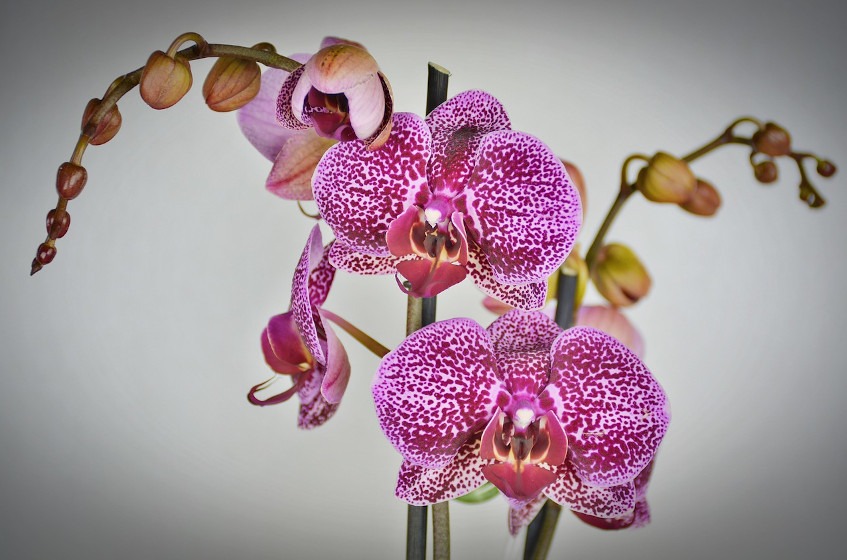 According to Ter Laak, the aim of Ter Laak Americas — as the project is known- is to supply a plant in a country where there is an increasing demand for this plant. “In Central America, the demand for phalaenopsis is still very small but we expect it to increase. However, not much phalaenopsis is being cultivated. Almost everything is imported and the quality is moderate. And if we talk to the retailers in Guatemala, they indicate that these plants are hard to come by”, he says.

And not only in Guatemala and the surrounding areas, is Ter Laak eager to increase the quality of the phalaenopsis. They are also planning to supply growers in the US, Mexico, Central America and the north part of south America with half finished plants. About 20 percent of their production will be flowering phalaenopsis and about 80 percent half finished plants for growers. “The first part of the cultivation of an orchid is the most difficult part.

It’s not only the longest part of the cultivation but you can have all kinds of risks and problems and you need a very good greenhouse with good heating, screens, fogging and of course a good cooling installation to induce the spikes. So, we will take most of the risks and cultivate the plant till it has a small stem and then we supply it to the growers to finish it. This process is much easier and will take about 10 to 12 weeks. Also one of our added values is our experience of growing phalaenopsis for more than 30 years. Over these years we were able to compile a very good selection of big flowers.”

Currently, the greenhouse is being manufactured. It will have a size of 1ha and the first plants will be placed in the second week of August. It is a plastic greenhouse with a height of 6m and a roof width of 12.80m. The greenhouse is equipped with all necessary techniques that are mainly imported from The Netherlands. “It will have double screens, fogging, CO2, irrigation, container systems and heating. Good heating is very important as they are located on an altitude of 1,750 meters above sea level”, says Ter Laak. Another important technique used in the greenhouse is the climate computer. ”We want to achieve a high quality product, so a perfect climate is crucial.”

In general, Ter Laak decided to keep the greenhouse as simple as possible. ”Unlike our greenhouse in The Netherlands, nothing is being automated in this greenhouse – with some exceptions like the climate computer. The container systems, for example, are all manually controlled. We made this decision for two reasons. One, the labour costs are lower in Guatemala compared to The Netherlands and if there is a technical issue, someone from The Netherlands needs to be flown in.”

Are there more international projects in the pipeline? Ter Laak: “We like to take one step at a time. This will be our first big adventure abroad and this will take another type of controlling for us. We think we have a great team with our two partners and hopefully this will be the start of something beautiful!”